Last April 7th, a very special exhibition for the institution was inaugurated at the Museu Diocesà de Barcelona: "Fides ex auditu" Half a century of Dr. Josep M. Martí i Bonet with Church’s heritage, a recognition of the career of Dr. Josep M. Martí Bonet in the last 50 years at the front of the cultural heritage management of the Archdiocese of Barcelona, contributing to make the expression of St. Paul a reality in our day and among us: "Fides ex auditu", “faith cometh by hearing”.

Mrs. Joana Alarcón, director of the Diocesan Archive and collaborator of Rev. Fr. Martí Bonet, carried out the presentation of the act. The first assistant to take the floor was Mr. Cardinal Lluís Martínez Sistach, he explained his experience as a colleague of Rev. Fr. Martí Bonet in the seminary and then as archbishop. He was followed by the interventions of the director of the Museu Diocesà Rev. Fr. Robert Baró, the director of the Episcopal Public Library of the Seminary of Barcelona Rev. Fr. J. M. Turull, and auxiliary bishop Mr. Sergi Gordo. They all highlighted his excellent modernization task and good work in all the institutions he has led, and also at the front of many other responsibilities that have been entrusted to him.

The honouree himself, Rev. Fr. Martí Bonet, only had excited words, all of gratitude. He went on mentioning most of the attendees at the inauguration, all colleagues, collaborators, volunteers, relatives, and also his beloved Darderes sisters.

The exhibition took place in two spaces: at the Casa de l’Almoina until June 7th, and at the Episcopal Public Library of the Seminary of Barcelona until the end of September. The guiding thread of the exhibition has been a biographical journey and a synthesis of his work in the different areas of the Church’s cultural heritage (Archives, Museum, Cathedral, Library…), through texts and a careful selection of pieces and documents.

As the close of the exhibition at the Episcopal Public Library of the Seminary, the book with the same title was presented at the end of September: “Fides ex auditu” Half a century of Dr. Josep M. Martí i Bonet with Church’s heritage. This work has been possible thanks to the testimony of people close to Rev. Fr. Martí Bonet who, in the course of these five decades, have been by his side and have worked with him. Through its pages, we will discover the valuable work of Rev. Fr. Martí Bonet, but above all, we will meet a good and generous man. We will also discover many episodes of our history and culture. This half century has been a few years of much activity and intense work. A dedication that has borne many fruits.

Delegate of the Cultural Heritage of the Archdiocese of Barcelona

Monuments, archives, libraries, museums, painting, sculpture, goldsmithing, textiles, engravings, miniatures, music, customs or traditions, cultural diffusion… all are assets of the Church that form the whole of its Cultural Heritage, and as delegate, Dr. Martí Bonet has not only preserved and maintained it, but has made it speak of the faith that originated it so that everyone could hear it. He has often written: “property belongs to all and for all”, without forgetting, however, ecclesiastical property and the use of this heritage for worship and pedagogy of the faith. Rev. Fr. Martí has managed to make the words of past centuries speak and be heard and lived in the present moment.

Before its appointment in 1972, the Diocesan Archive was already an authentic cultural reality, but an urgent reform of its facilities was needed to improve its management and accessibility for researchers. Thus, very soon Dr. Martí i Bonet started a major project aimed at improving the security conditions of the archive’s facilities, and making their management easier and more convenient.

Today, he continues to devote himself to his duties as diocesan archivist, carrying out studies and publishing numerous reference tools for the main documentary series.

Director of the Episcopal Public Library of the Barcelona Seminary

When he was appointed director of the Episcopal Public Library of the Barcelona Seminary (1972), he found a library with many books, few facilities, few resources and open to the general public, but very little known by the public. Luckily, the young doctor arrived with great ideas and a great desire to catch up. Thanks to his work, today this is one of the reference ecclesiastical libraries in Catalonia and one of the most important in the country.

Director of the Diocesan Museum of Barcelona

Mr. Martí Bonet managed to realize the old dream of the first director of the Museu Diocesà de Barcelona (Dr. Manuel Trens): to recover the Casa de l’Almoina as the headquarters of the Museum. Since its opening in this new location in 1989 – previously it was located in the Seminary –, this building has hosted more than two hundred and fifty exhibitions, dedicated to works from the collection of the Museum itself, and to other themes and artists, often with the collaboration of ecclesiastical and civil institutions. Despite the pandemic, nearly 30,000 people have visited the Museum in the last year 2021.

Conservative Canon of the Cathedral of Barcelona

Thanks to the Projecte Catedral -driven by the Archbishopric of Barcelona, the Generalitat of Catalonia, the Barcelona City Council and the Caixa d’Estalvis i Pensions de Barcelona- it was possible to carry out the arrangement and cleaning of the façade and the dome of the Cathedral, the restoration of gargoyles, the reinforcement of the pinnacles and the reform of the lighting of the temple. An elevator was also built next to the Porta de Sant Iu, with capacity for ten people, which facilitates access to the organ and the roof of the Cathedral. 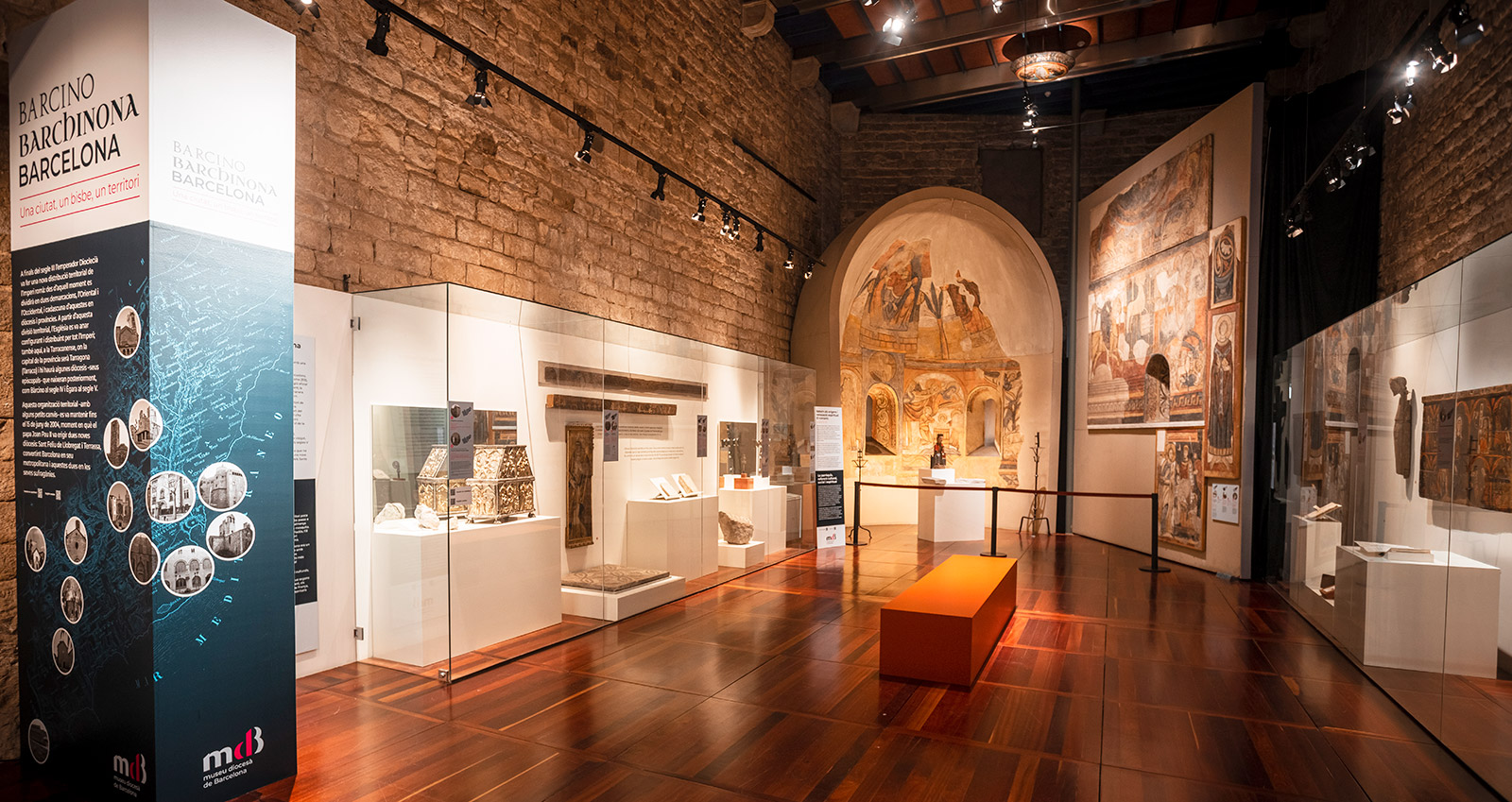