Between the 19th and 20th centuries, the first Spanish diocesan museums were born in Catalonia, with the mission of preserving the tangible and intangible value of all those objects that were in the parishes of the diocese and were no longer used for worship. On the 22nd October 1916, the Barcelona Diocesan Museum was opened on the ground floor of the Conciliar Seminary. Its first director, Rev. Fr. Manuel Trens Ribes, was one of the most influential ecclesiastics of his time. He soon began to think about moving the museum to the Casa de l’Almoina, a transfer that for several reasons did not take effect until 1989, under the direction of Rev. Fr. Josep M. Martí i Bonet. Then, the building was restored, and the Diocesan Museum of Barcelona opened its doors at the Casa de l’Almoina with the exhibition “Millenum. Història i art de l’Església catalana”.

This congress was the seed of the definitive creation of the Museu Diocesà, in the context of the celebration of the Constantinian Festivals, which commemorated the freedom granted to the Church by the Roman Emperor Constantine with the Edict of Milan, in the year 313. On the occasion of the congress, an exhibition of crosses was held at the Palau de Belles Arts in which more than 200 parish and term crosses from Catalan churches, and a large number of photographs were gathered. 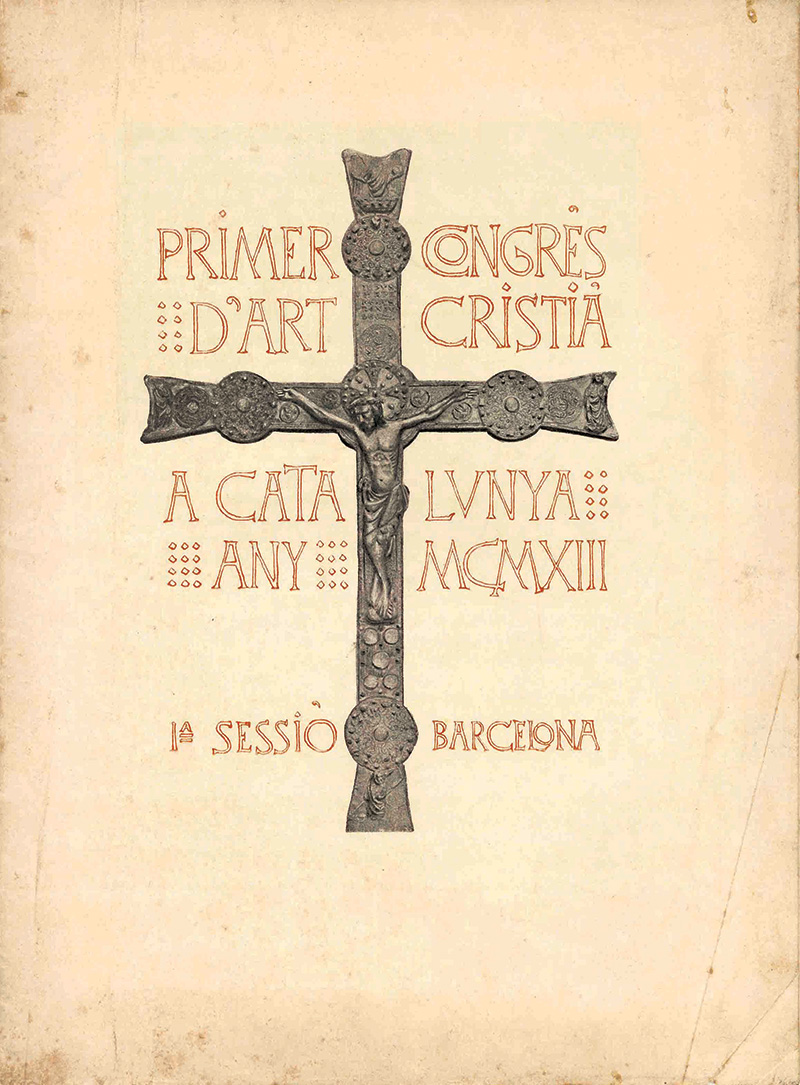 Bishop Enric Reig issued a notice asking all the rectors of the diocese of Barcelona to send the works of art, that were not at the service of worship, they could, and this is how, in less than a year, more than 600 out-of-worship works were gathered. 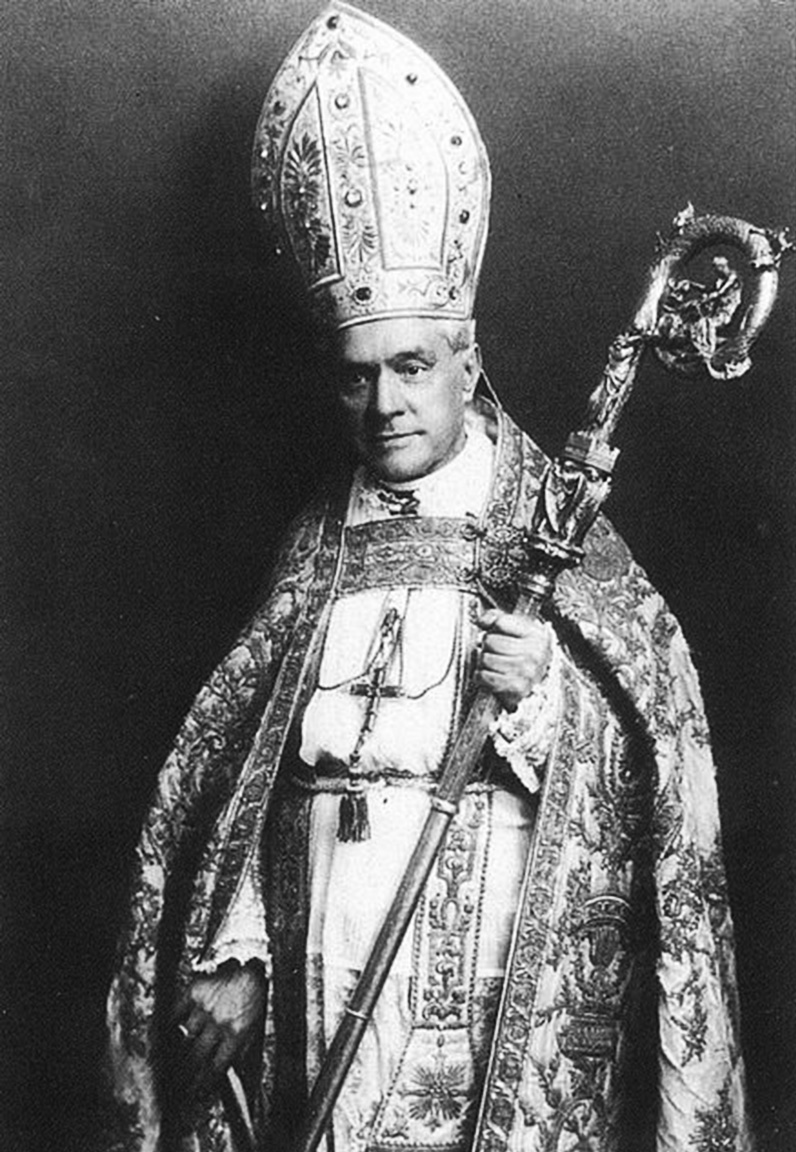 Creation of Archaeology studies at the Seminary

In addition to the need to create diocesan archaeological collections, the conclusions of the First Congress of Christian Art also highlighted the need to provide archaeological and liturgical training in seminaries so that future priests could defend the artistic heritage of the Church. To this end, on March 20th of 1916, the Boletín Oficial Eclesiástico del Obispado de Barcelona published the call for the “Exam for the Archeology chair of the Seminary, and the position, at the same time, of Conservator of the Diocesan Museum”. Rev. Fr. Manuel Trens i Ribas (1892-1976) won the contest. 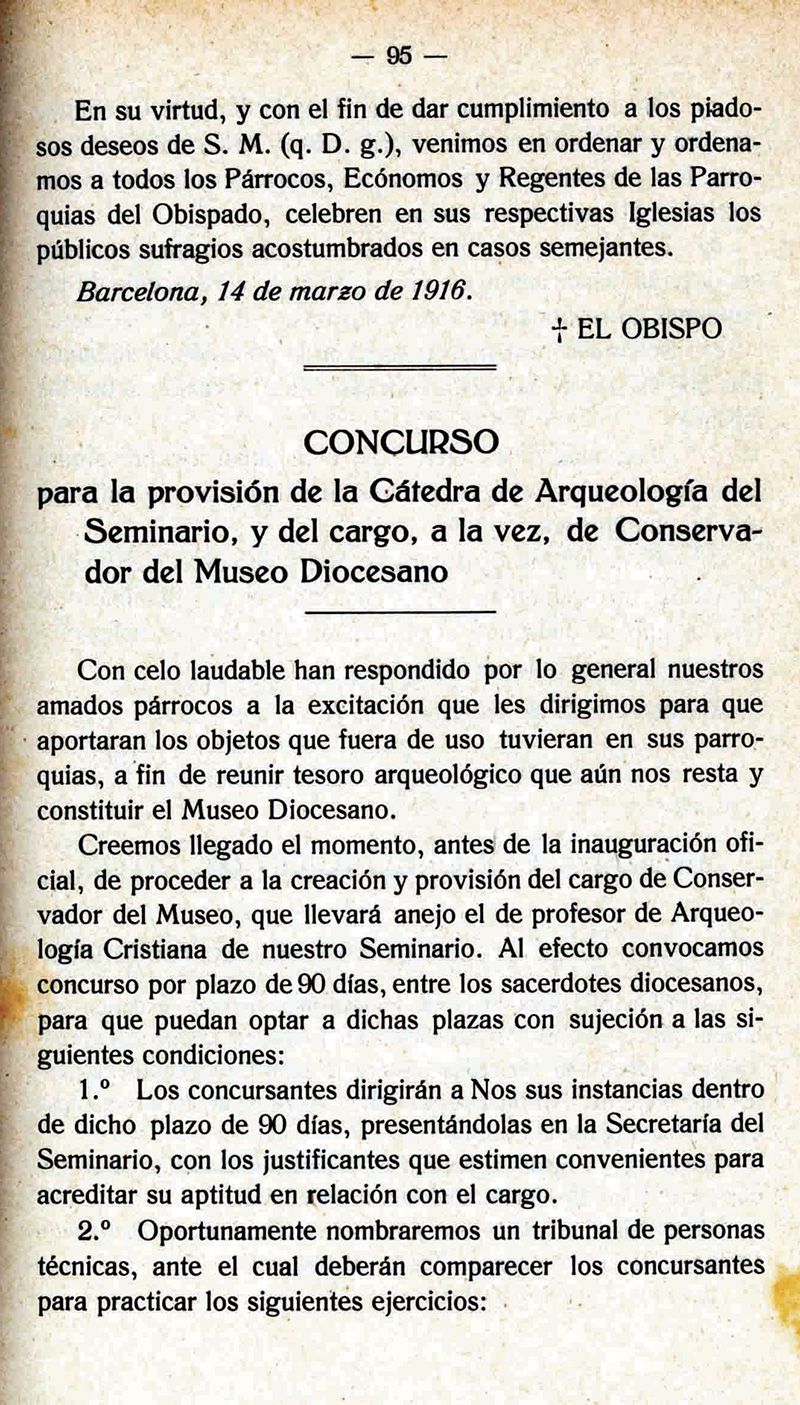 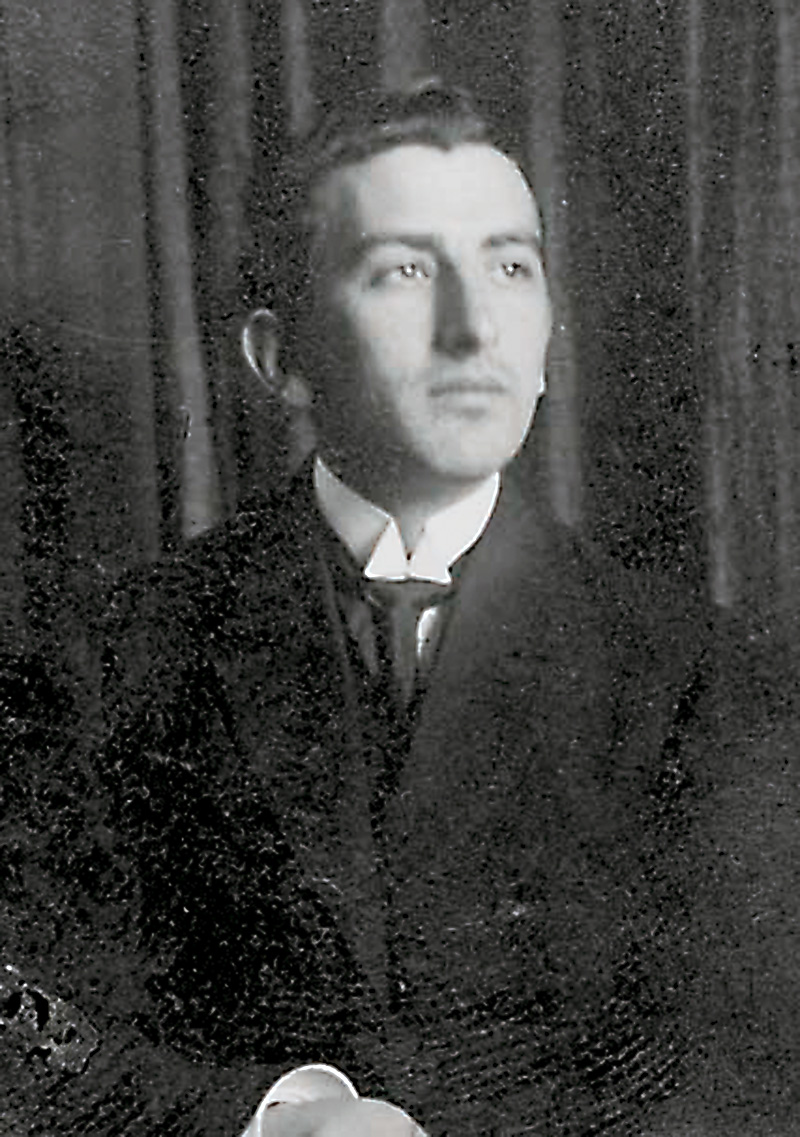 The Museo Arqueológico Diocesano de Barcelona is inaugurated on the ground floor of the Conciliar Seminary, a fact that highlights its pedagogical will. The pieces had been placed in a large room —except for the larger objects— in order of arrival. And objects from the diocese’s parishes kept arriving.

The first catalogue is published in the same year. The pieces are listed alphabetically by the name of the town of origin, with the inventory number and description of the piece. 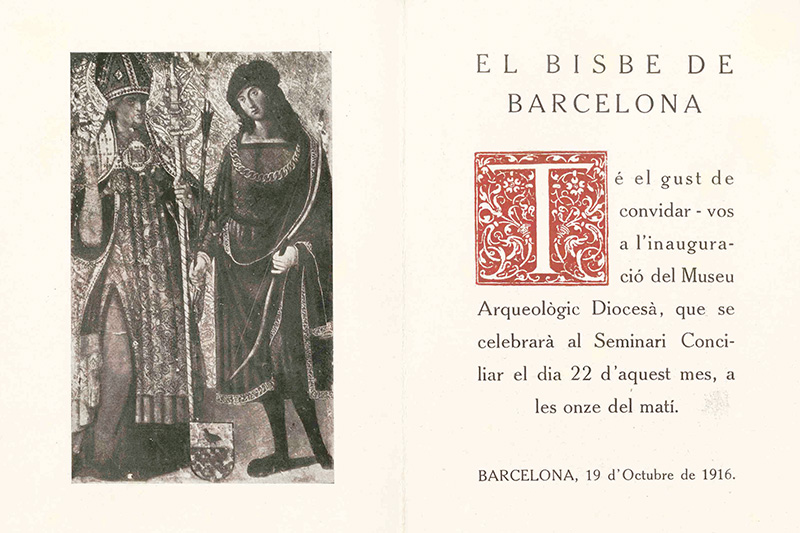 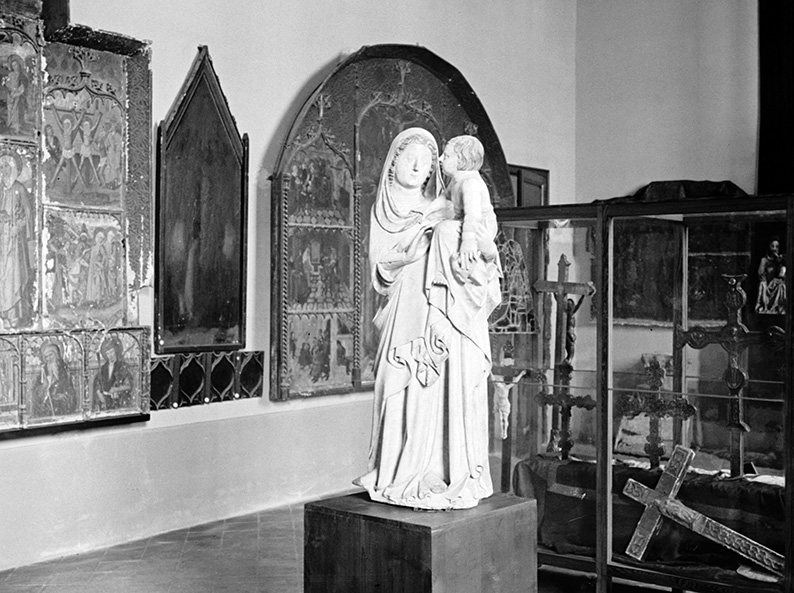 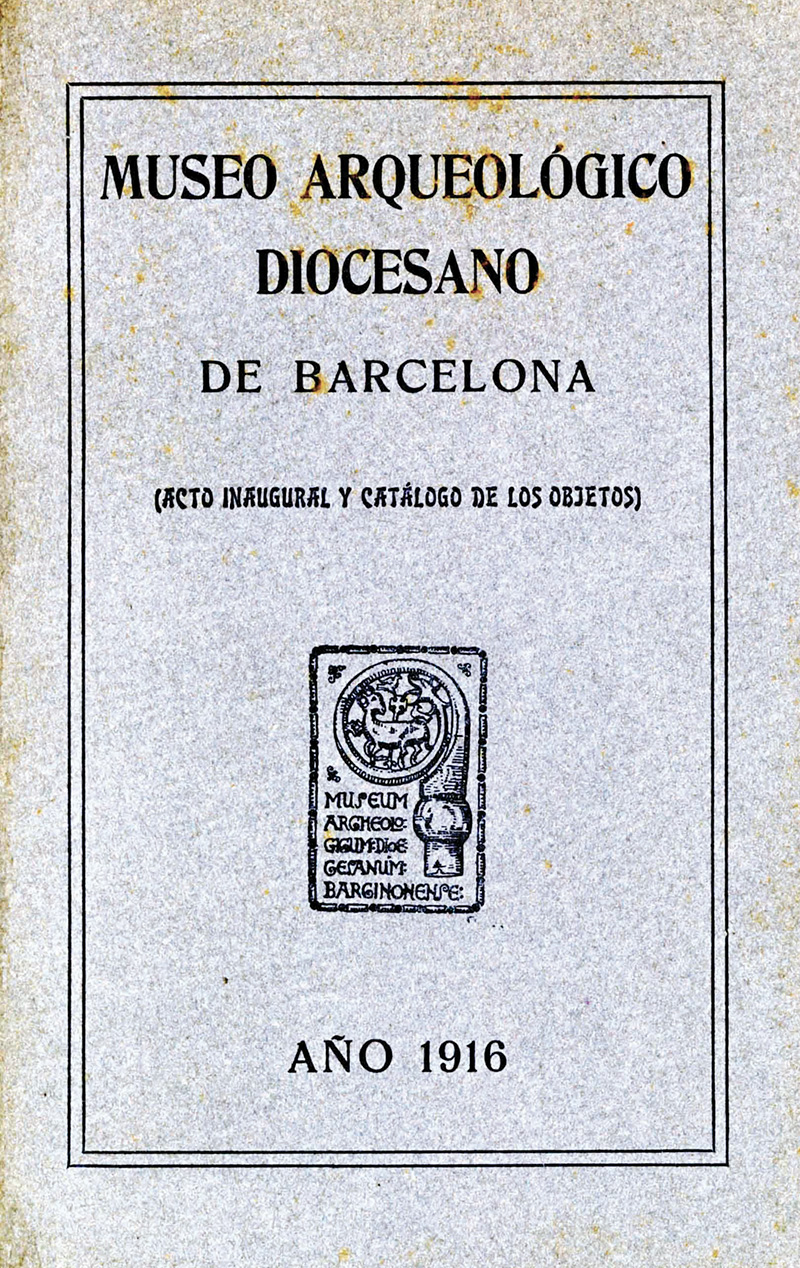 Mossèn Trens begins to consider installing the Diocesan Museum in the Casa de l’Almoina, and even goes so far as to entrust the project to the architect Francesc Folguera. The plans of the project are preserved in the Historical Archive of the College of Architects of Catalonia.

During the Civil War, the Seminary was looted and partially set on fire, like most of the churches in the diocese, which led to irretrievable losses and the dispersion of a good number of art objects. Other works ended up in the hands of individuals or museums, which, in some cases, returned them at the end of the war.

During the years following the war, Rev. Fr. Trens will dedicate himself to the recovery and conservation of the pieces, striving to make them accessible to scholars and the general public in order to raise awareness of the need to install the museum in a suitable place. 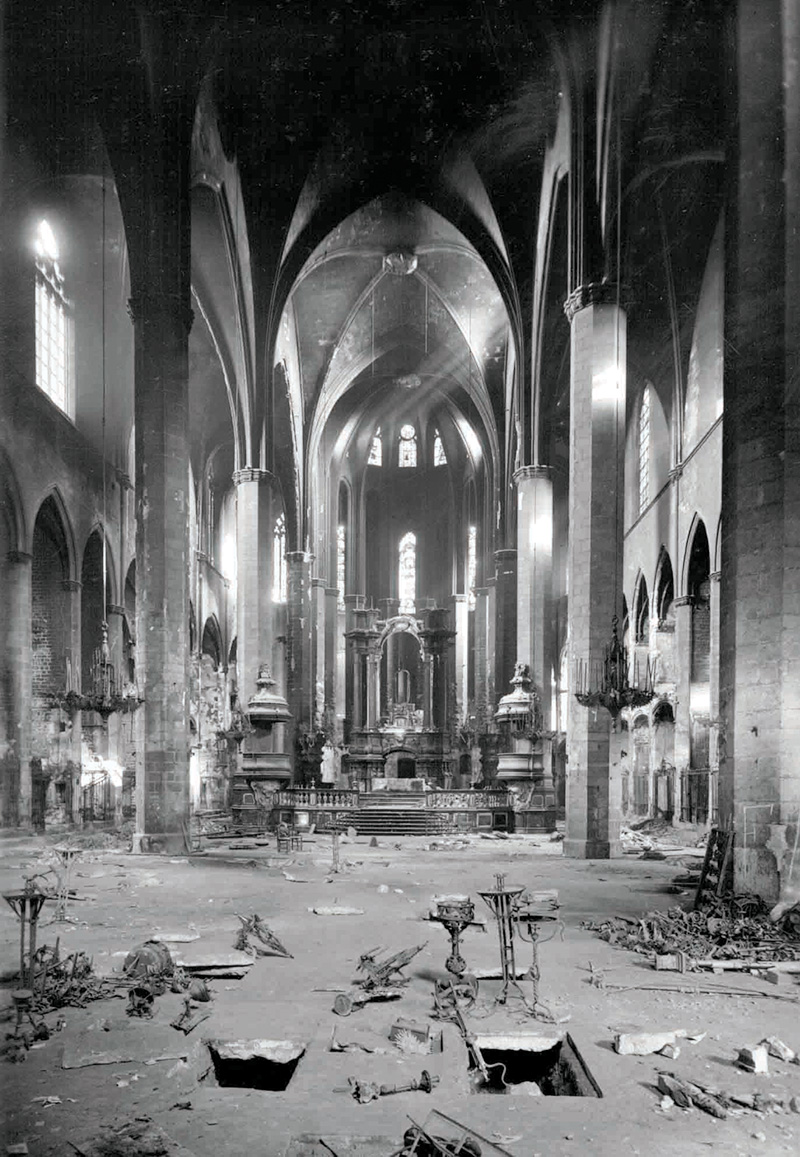 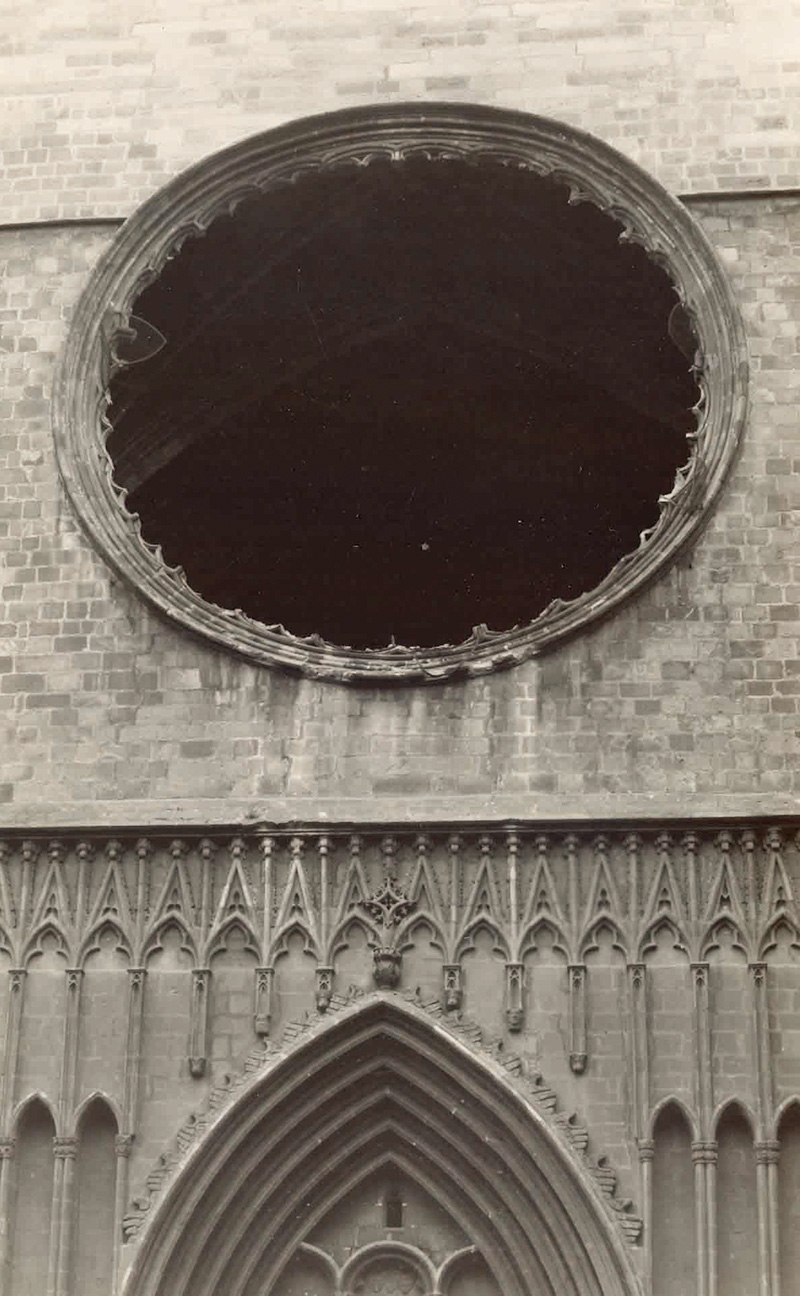 On the occasion of the celebration of the XXXV International Eucharistic Congress, in the 1950s the idea of rehabilitating the Casa de l’Almoina is resumed, with extensive social support and from the city’s cultural institutions. Rev. Fr. Trens organised a great exhibition of sacred art and planned to hold it in the Casa de l’Almoina, but the space was eventually rejected for capacity reasons and it ended up taking place in the Saló del Tinell. The press of the time regretted this wasted opportunity to restore the building and to make it the definitive location of the Museu Diocesà. 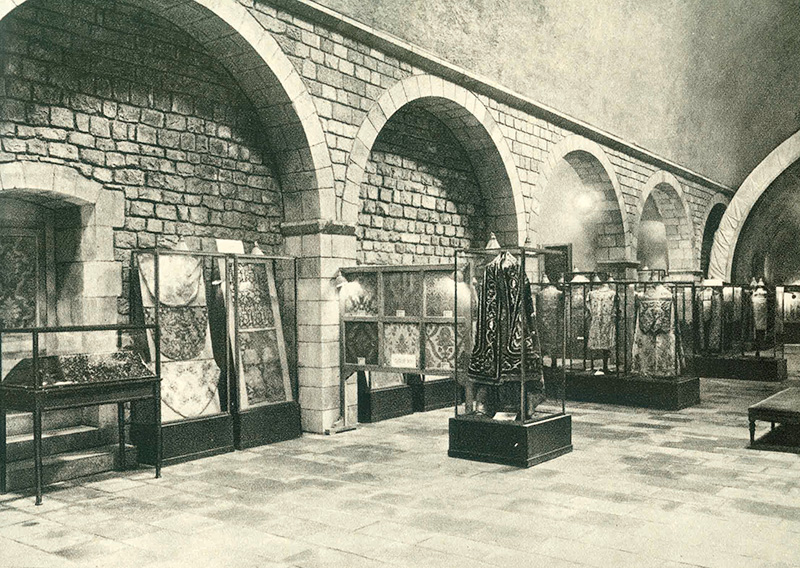 The Museu Diocesà is reinstalled and provisionally reopened in the same location it had before the war. The event was presided over by the bishop at the time, Dr. Gregorio Modrego Casaus.

At the death of Rev. Fr. Trens, Rev. Fr. Francesc Camprubí Alemany assumed the direction of the Museum. From that moment on, the provisional situation worsened, until the Museum ended up having to close again at the end of the 70s.

During this period of time, the pieces of the Seminary were moved to the Episcopal Palace to guarantee their safety and conservation.

From 1985, already under the direction of Rev. Fr. Josep M. Martí i Bonet, an exhaustive cataloguing was realised, and the pieces that needed it most were restored. 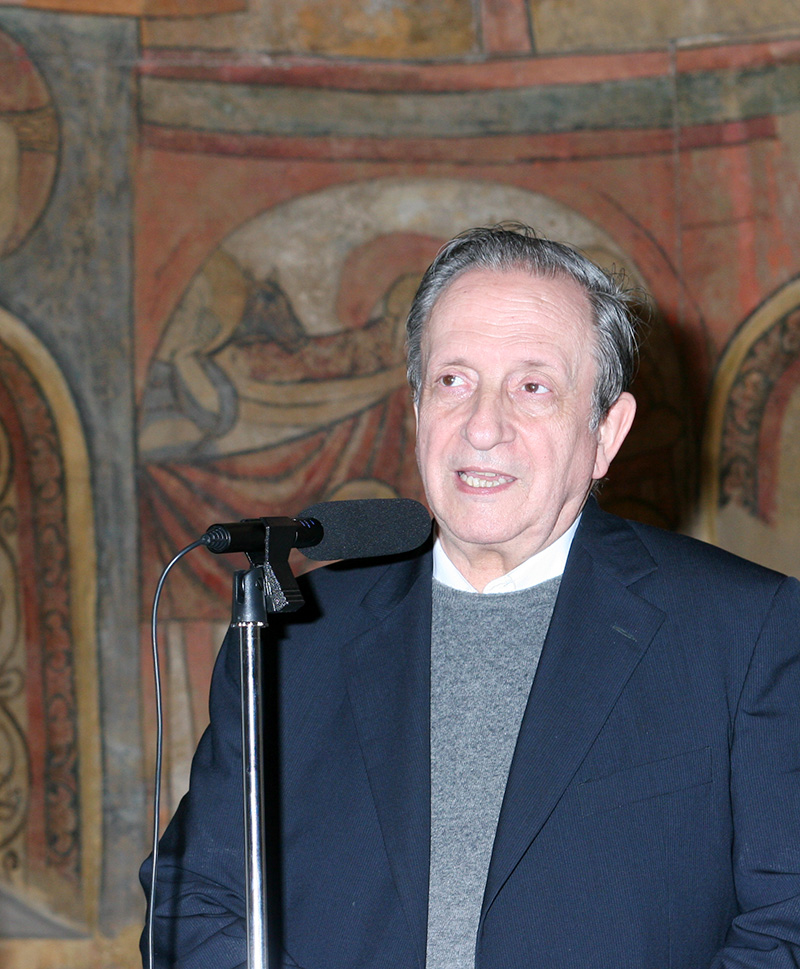 The “Thesaurus. L’art als bisbats de Catalunya” exhibition takes places. Chronologically, it spanned nine centuries (1000-1800) and brought together nearly one hundred and seventy works from the artistic collections of the eight Catalan bishoprics at that time (diocesan and chapter museums, archives, cathedrals, monasteries and parishes), with the aim of offering them to society and the scientific community, without forgetting that they were all created for worship and that, therefore, they were witnesses of the religiosity of the Catalan people throughout history. 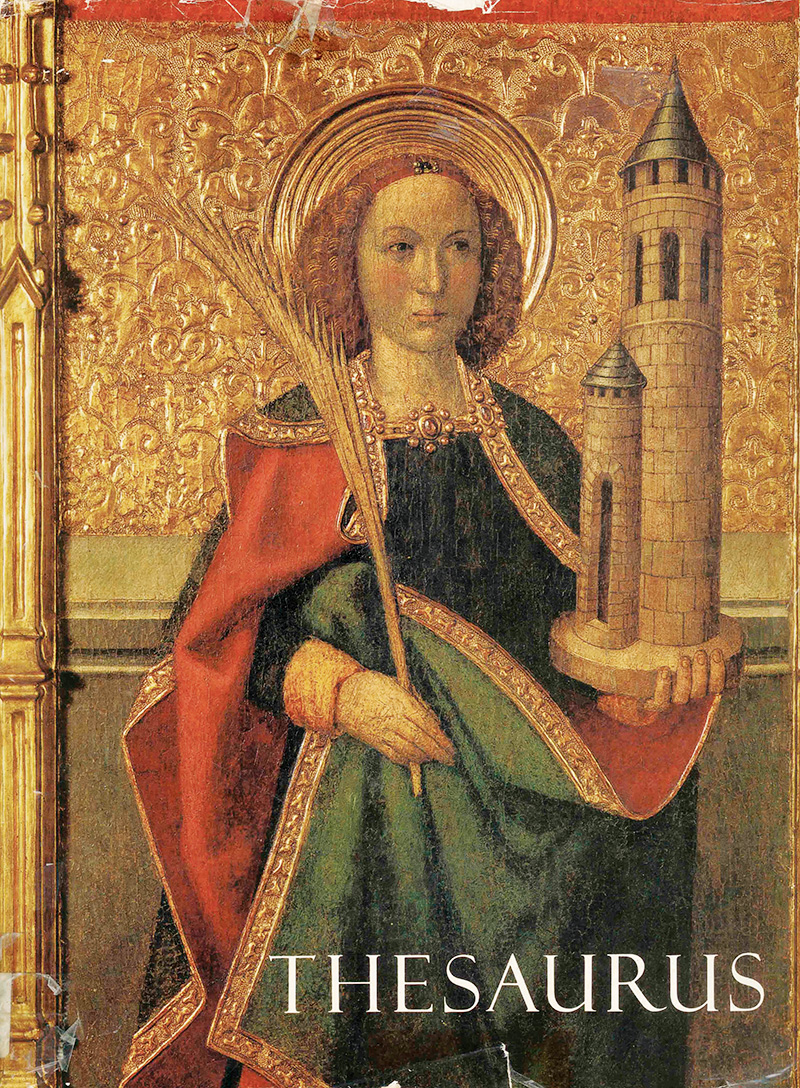 “Millenum. Història i art de l’Església catalana”. Along with “Thesaurus” this exhibition was a very important event for the restoration of the pieces and for the opening of the Church to society. The large influx of people that it had was a phenomenon worthy of sociological studies and much commented on in the media throughout Spain. The criticism in the press was very positive from all points of view. With this exhibition, the Museu Diocesà was definitively opened at the Casa de l’Almoina, following the old aspiration of Rev. Fr. Manuel Trens, and Barcelona’s cathedral also definitively opened its doors to the visiting public. 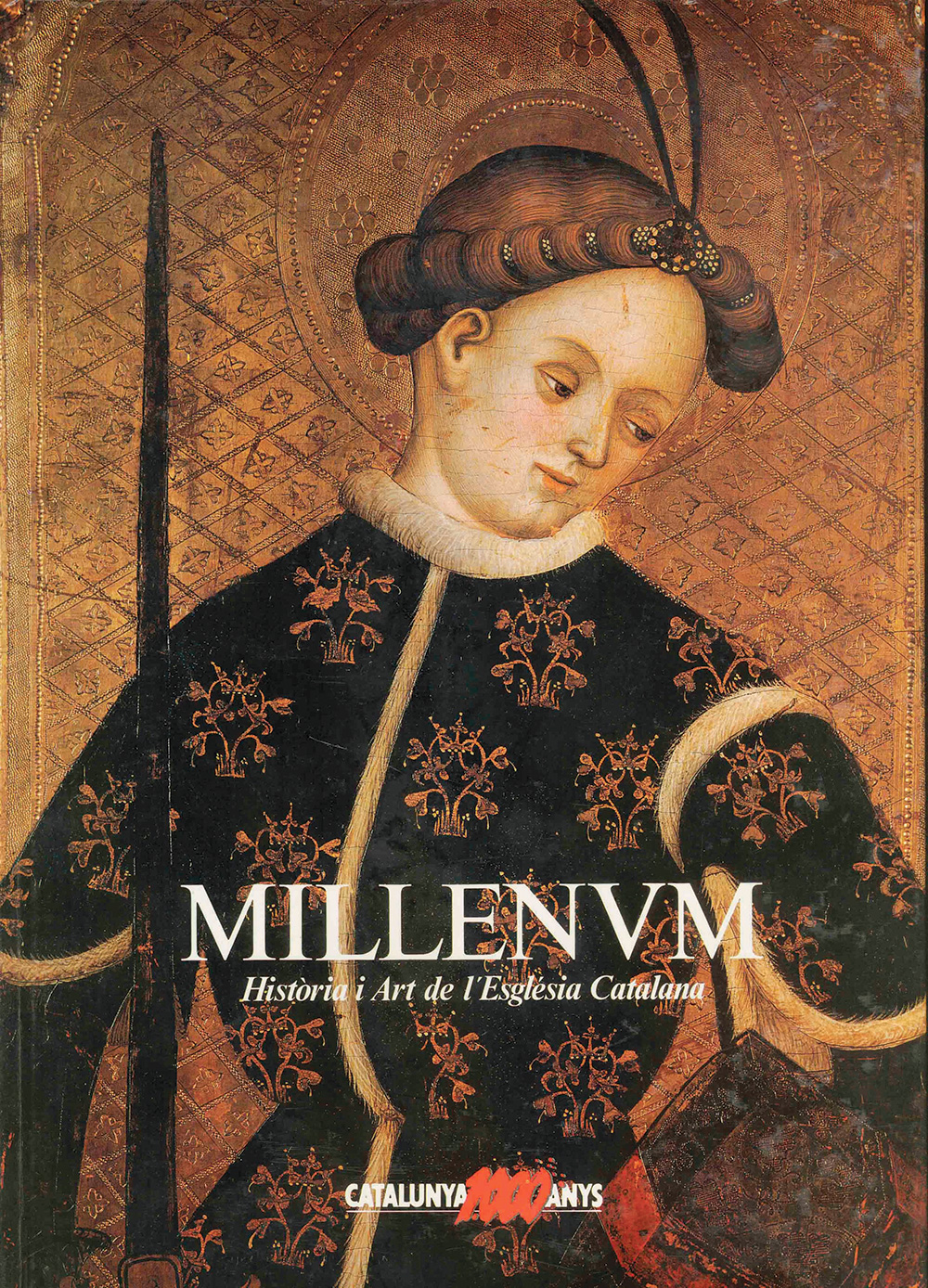 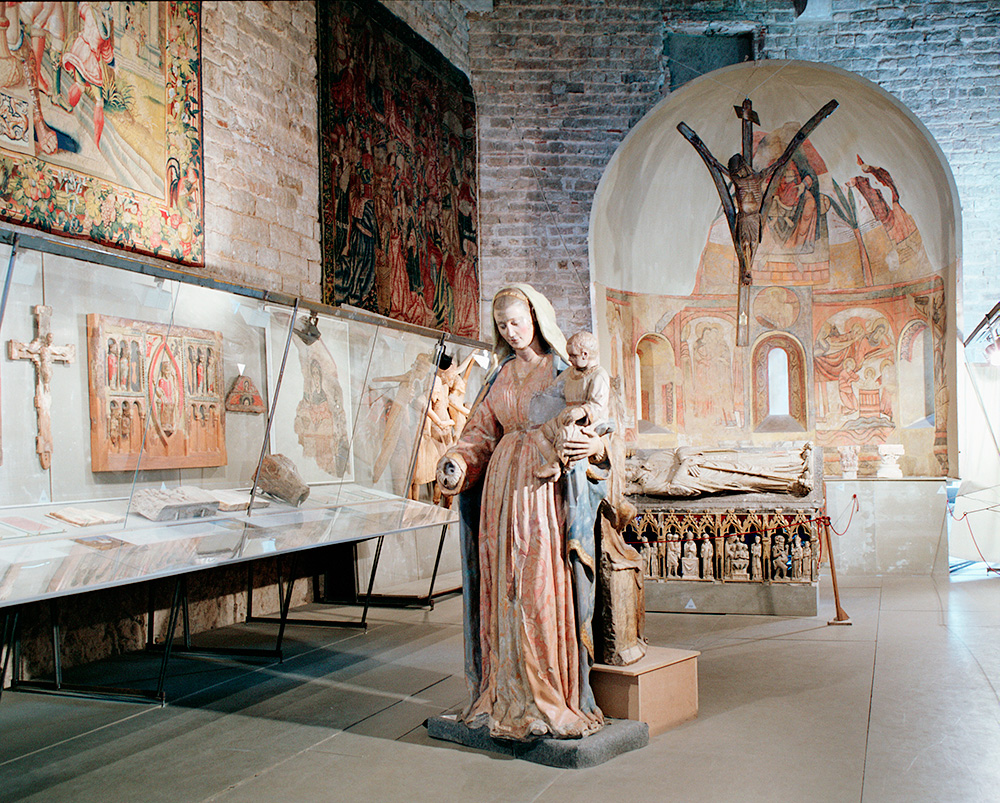 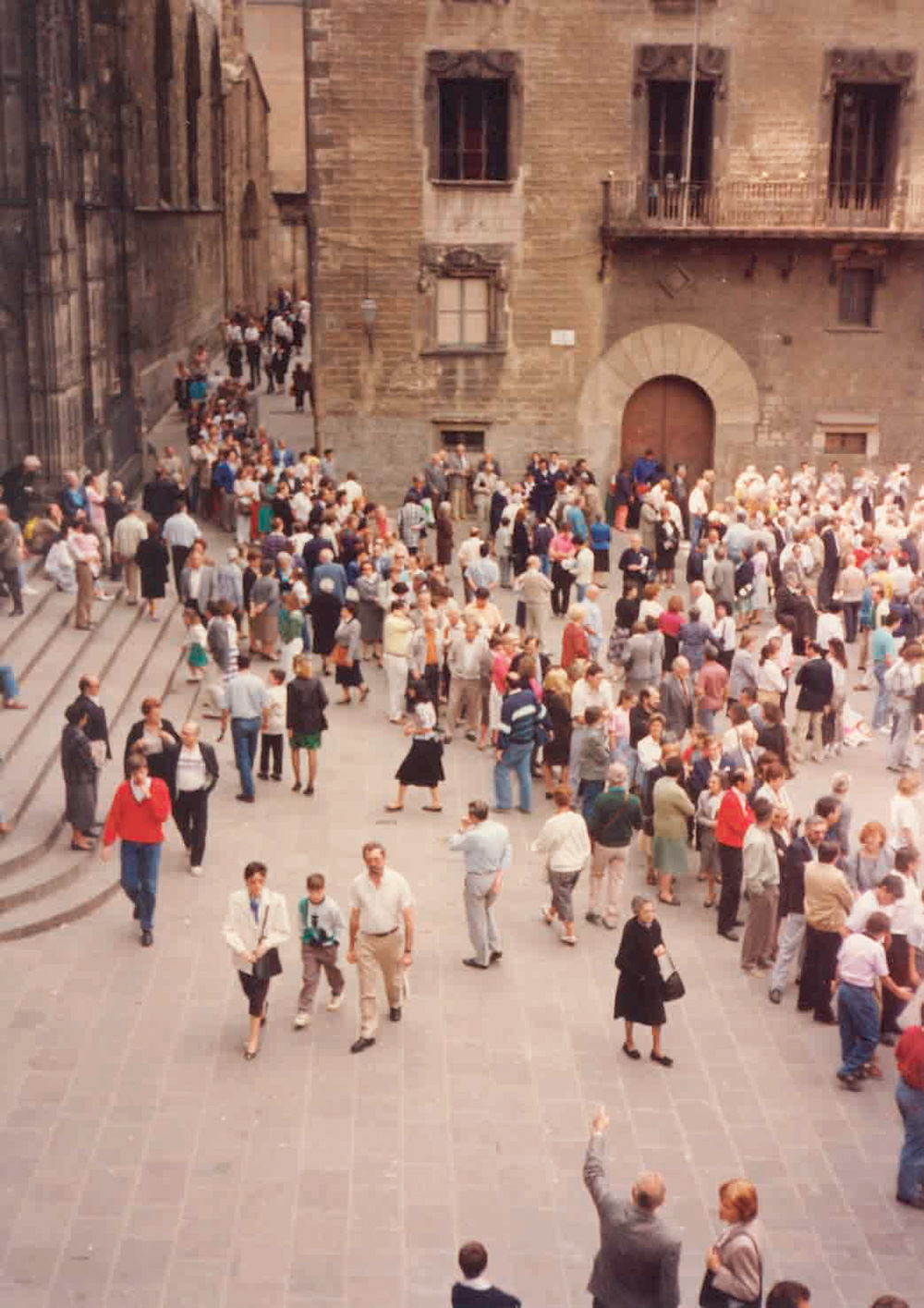 Since its opening in the Casa de l’Almoina, in the last thirty-two years the Museu Diocesà de Barcelona has not stopped working, enriching its funds and improving its facilities in a building that has already hosted the around two hundred and fifty exhibitions, dedicated to works from the Museum itself, and to other themes and artists, often with the collaboration of ecclesiastical and civil institutions.